Dr Bandar Hajjar said that he had a very fruitful and constructive meetings with the President and Prime Minister of Pakistan. He said IsDB has earmarked a million USD fund for promoting science technology and innovation in the member countries. The winners were:. Teams presented their ideas to an esteemed judging panel from public and private sectors including:. Previous editions took place in Uzbekistan, Niger, Kazakhstan and Bangladesh, where the Bank has awarded nine innovators.

The winners were: 1. Regarding his three principles:. It also says that the perfect god has selected them to be tortured for eternity. As you cannot have an omnipotent god that is not responsible for what happens in the universe, and you cannot have a perfect god whose actions should be disapproved of by its followers, then the only logical conclusion I can draw from that statement is that, from an Islamic perspective, unbelievers deserve to be tortured — and not just for a while, but forever.

The Bible would also be banned, as would quoting from many texts in the Bible, Quran and possibly others. However, there are plenty of ways of dealing with this, without resorting to suppression of basic freedom. You have an absolute right to hate me because of my religious or political affiliations, and to express that hatred.

It is how you behave when expressing that hatred that should determine whether you are breaking the law or not. In any case I apologize for that.

These expressions should be allowed. There a third category of expressions making fun of religious themes; the acceptability of this expressions varies in western countries too; I think that would be wise to abstain from using these expressions for religions that are not the ours. It is not a freedom issue, it is a wisdom issue. If we could agree on this , we had made a big progress.

By your definition of the criteria for hate speech, I believe that both the Bible and the Quran qualify on points 1 to 3, and possibly some of the others as well, in their description of those who do not believe in Islam or the god of the Old Testament. What some may consider hate speech others may simply take it as freedom of speech- their right to express their opinions. I wonder if that rather pointed last sentence would be classed as criticism or insult? I believe that freedom of speech should not be threatened by radicals from Islam or any other religion for that matter. By this phrase it seems as if you are stating freedom of speech is compromised by radicals and extremists, therefore, we should watch what we say.

It has therefore left the qualification of their truthiness to be determined on the Day of Judgment. Does Islam accept that child pornography is a reality in this world, and therefore left it alone until the Day of Judgement? If somebody believes that the Earth will end in May , because a Holy Guru said it would unless he was given 5 million dollars, why are we not allowed to criticise such a belief as irrational?

It is precisely this term that is used everywhere to stifle criticism and to whip up the fury of the baying mob. It is a weasel word which can be invoked at every opportunity to shut down discussion. On the contrary, the right to mock or insult the ideas of others is a vital component of the right to freedom of expression. I do not understand the difference between free speech and hate speech.

Is it that hate speech is free speech intended to generate hate in others? If so surely those who hear or read free speech have the right to accept or reject it. What is the point? 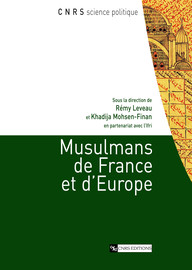 I for instance reject the piss Christ but acknowledge the right of the artist and gallery to act as they have otherwise I would not truly believe in the freedom I advocate. On the other hand employees of the gallery where the work is or was have perhaps been wrongly denied their freedom.

I do not know the answer to that. You look for the different evidence. And it happens. Can we hate people who are believers of some religion? Faire glisser vers la gauche pour voir les dix principes.

We must be empowered to challenge all limits to freedom of information justified on such grounds as national security. We — all human beings — must be free and able to express ourselves, and to seek, receive and impart information and ideas, regardless of frontiers. We require uncensored, diverse, trustworthy media so we can make well-informed decisions and participate fully in political life. We must be able to protect our privacy and to counter slurs on our reputations, but not prevent scrutiny that is in the public interest.

We defend the internet and other systems of communication against illegitimate encroachments by both public and private powers.

Experience of cyclone Gonu in the Islamic Republic of Iran: lessons learned

Eric Heinze provocatively argues that no-platformers need to look into the mirror and examine their own blind spots. Jones argues that the Ukrainian state should not restrict open historical debate but use its 'expressive' powers to foster a nuanced understanding of the past. But citizen journalism is giving voice to minorities says Arpita Biswas. Helen Haft explains how the Orthodox Church has eroded freedom of the media and lobbied for the law against offending religious feelings.

Timothy Garton Ash discusses the importance of and whether we are losing the media for democracy at the General Editors Network Summit in Vienna. Iginio Gagliardone explores the surprising technopolitics of two competing visions of the internet, US and Chinese, in Ethiopia.